Greek tanker hit by mine off the coast of Saudi Arabia

Iraq reached agreement for withdrawal of US forces: FM

BEIRUT, LEBANON (12:30 P.M.) – For the second time in the last five days, the Turkish military has sent a large convoy to northwestern Syria.

According to local reports, a Turkish military convoy consisting of over 100 soldiers and several vehicles was seen making their way to the northwestern countryside of the Hama Governorate this week.

The reports said the Turkish military eventually reached their observation post at the small town of Sheikh Maghar, which is not ar from the Syrian Arab Army’s front-lines.

The Turkish military currently has 17 observation posts in northwestern Syria; these posts are mostly located along the designated buffer zone, which is supposed to separate the rebels and the Syrian Arab Army.

Despite the Turkish military’s insistence that they are simply there to maintain the peace, a source from the Syrian Arab Army said Ankara was deploying troops to northwestern Syria to block the government’s advance into Idlib.

Syrian Army shoots down Turkish drone that attacked their positions

wow, a hundred slodiers and a few vehicles. Assad, HTS and SDF will be shaking in their boots on this news.

This paper has to start concentrating on real and interesting news.

Of course, Turkey is there at the borders of Idlib to block a possible SAA advance and to protect its terrorists, and this is done with Russia permission.

Nope, Germans have access to a French made pill named RU486
https://en.wikipedia.org/wiki/Mifepristone

Despite having been deprived from linkage knowledge, most of people living between the Nile and the Euphrates may not know this, but

Since, despite they’ve been deprived from their linkage, most of them don’t know this, nevertheless, the majority of people living between the Nile and the Euphrates are,

They don’t know this but, as DNA tests prove it…

… most of ppl living between the Nïle & the Euphrates are ethnic… Jews!

The majority of inhabitants believing themselves being Arabs…

… are in fact ethnic… JEWS…

As the truth can’t be hidden forever, and all biologists, historians, clerics and governments in the region already know this…

guess who the population will react when they’ll understand who they really are and how they’ve been deceived for centuries?

Well, this is not even the will of the Zionists, despite what idiot complotists say, but…

In fact, the “Greater Israel” is already in place, and for a very long time. 2000 years ago, there were already 1 million Jews…

in Alexandria alone (40% of the population), and these have not been deported by Romans, the kingdom of Aram (Damascus) was…

a Jewish kingdom. Jesus used to spoke Aramaic, Syriac is Aramaic BTW, what d’you think about such a nose profile? 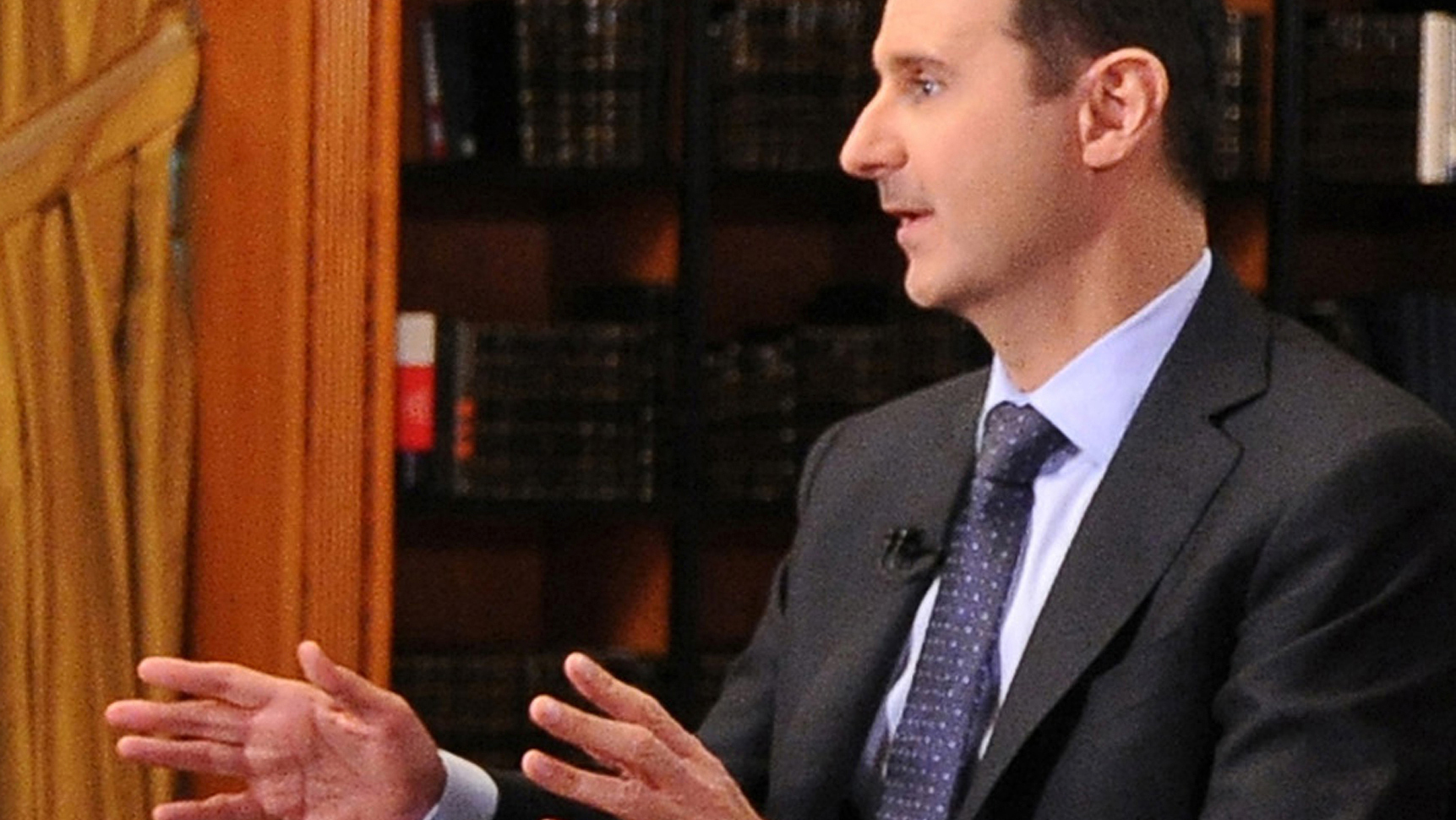 Many antisemitic idiots, not knowing who he is would consider it a Jew nose, wouldn’t them? Or maybe they’re not wrong?