Following up on yesterday’s gains, the Syrian Democratic Forces (SDF) were able to impose full control of the Sharia Neighbourhood in western Manbij today.

This morning at 8am, fighters of the SDF were also able to seize the Bahrat Roundabout, thus wrestling roughly half the neighbouring Bustan al-Haddad district from the Islamic State.

Clashes are now ongoing at Bustan al-Haddad’s plantation park area and the Manbij hospital with the largely Kurdish SDF edging slowly towards the city center.

The SDF’s Manbij Military Council has also vowed to liberated Al-Bab city, another ISIS stronghold in Aleppo, in a move intended to connect Kurdish-held territories in northeastern Syria with the Kurdish controlled enclave at Efrin, in northwestern Syria.

If this large-scale SDF offensive goes to plan, ISIS will not only be almost entirely expelled from the Aleppo governorate but will also lose its last border territory with Turkey.

Ankara is formally opposed to the Islamic State and has consistently shelled the terror group; however, the Turkish border is still the most frequent route used by ISIS to smuggle in foreign fighters and supplies.

New trend in kurdish/french door-mat, so you can scrub your shoes on the daesh flag… 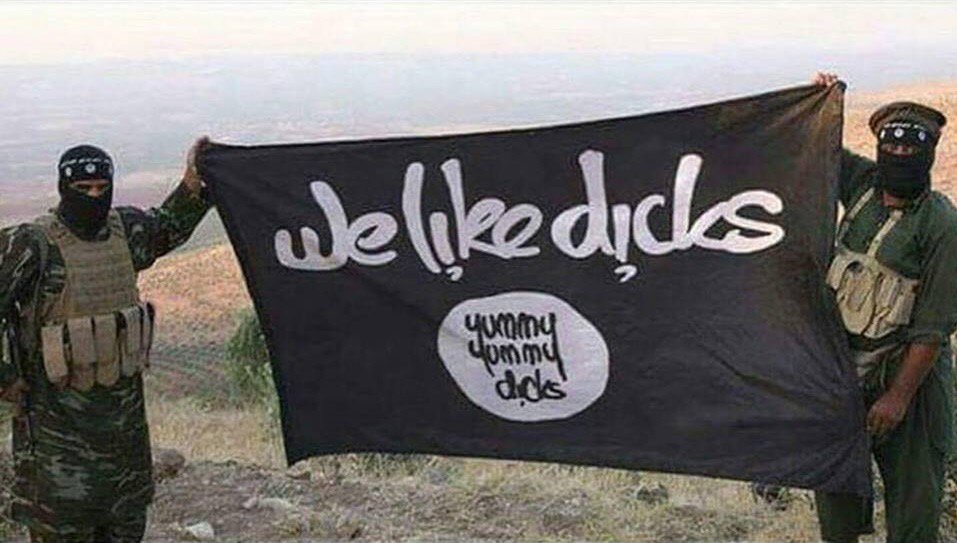 ABOUT US
Al-Masdar Al-'Arabi (The Arab Source / المصدر نيوز) is dedicated to providing the latest news and analysis from the Arab world.
Contact us: [email protected]
FOLLOW US
© Copyright 2014 - 2018 Al Masdar News | المصدر نيوز - All Rights Reserved | Cloud by Epic
wpDiscuz
5
0
Would love your thoughts, please comment.x
()
x
| Reply
You are going to send email to
Move Comment
Translate into
AfrikaansAlbanianArabicArmenianAzerbaijanBasqueBelarusianBosnianBulgarianCatalanChineseCroatianCzechDanishDutchEnglishEstonianFinishFrenchGalicianGeorgianGermanGreekHaitian(Creole)HungarianIcelandicIndonesianIrishItalianJapaneseKazakhKoreanKyrgyzLatinLatvianLithuanianMacedonianMalagasyMalayMalteseMongolianNorwegianPersianPolishPortugueseRomanianRussianSerbianSlovakianSlovenianSpanishSwahiliSwedishTagalogTajikTatarThaiTurkishUkrainianUzbekVietnameseWelshYiddish