The ATR 72-600 planes left Toulouse, refuelled in Urmia before finally landing at the capital’s international airport, where both the aircraft and pilots were given a welcoming ceremony.

“I consider this to be a measure by Europe in line with honouring its commitments. And I hope that we continue to have such co-operation with Europe in the future as well,” the Minister of Roads and Urban Development Abbas Akhoundi told reporters.

IranAir CEO Farzaneh Sharafbafi said, “Europe proved that if it wishes to, it can back all European companies and investors in Iran.”

Airbus said that no more deliveries will be made for the time being due to the US sanctions on Iran that demands all ongoing business with the Iranian state must be completed by August 6.

US doesn’t rule out military action against Iran over arms embargo: envoy

Iran warns US and Israel after big explosion at nuclear reactor

So America withdraws from the International agreement but everyone else is happy with it as it is working as hoped for. America enforces sanctions in line with its withdrawl but why do everyone else have too conform to the sanctions imposed by America. What right has America got to tell everyone else “You must also obey our sanctions”. Really. America is NOT exceptional but Unbelievable..

Will be the last ones, probably until regime change… 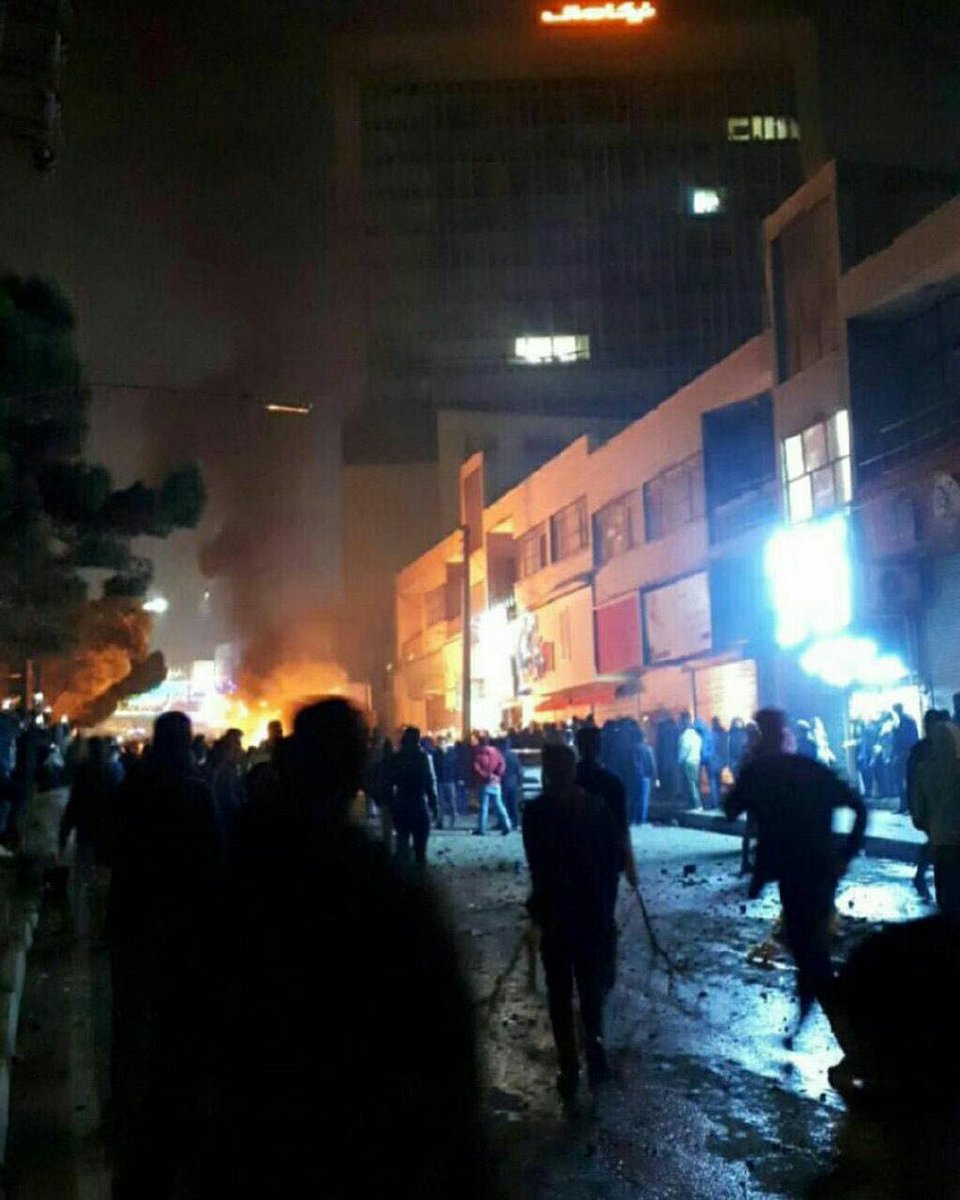 Isn’t it strange that AMN isn’t writing articles about massive and violent protests in Iran after 6 days of nation-wide protests where the illegitimate regime oppresses millions, adding to a so huge incompetence and mismanagement that recently made Iran’s economy falling to third world’s standards while the water-crisis is on the brink of making tens of millions Iranians becoming IDP then refugees?
Meanwhile, AMN already reported some ultra small protests with a few tens with placards in Washington DC.
Some double standards?

Legit protest are small, peaceful and over years grow for example the March for Life. Large protest are manufactured by NGO’s which advertise, pay and bus them to locations where the protestors destroy property , loot, and attack bystanders or law enforcement. Israel promotes 5 Iranian groups which seek regime change and create anarchy. MEC was listed as a terrorist organization but former Secretary of State ,H. Clinton, had the name removed from the list.

Point is US has been seeking Regime change and these protests are groups sponsored by us,Israel, and others.Bolton and now Rudy Giuliano are at MEK rallies chanting regime change. War propaganda is in high mode.

Yes I agree. I think the writing was well and truly on the wall when Bolton was appointed.. Bolton ????? Was Trump told too or is he playing so many games he doesn’t even know what he is doing.. Everything is gearing up and when they are ready they will create a reason to attack..

ABOUT US
Al-Masdar Al-'Arabi (The Arab Source / المصدر نيوز) is dedicated to providing the latest news and analysis from the Arab world.
Contact us: [email protected]
FOLLOW US
© Copyright 2014 - 2018 Al Masdar News | المصدر نيوز - All Rights Reserved | Cloud by Epic
wpDiscuz
6
0
Would love your thoughts, please comment.x
()
x
| Reply
You are going to send email to
Move Comment
Translate into
AfrikaansAlbanianArabicArmenianAzerbaijanBasqueBelarusianBosnianBulgarianCatalanChineseCroatianCzechDanishDutchEnglishEstonianFinishFrenchGalicianGeorgianGermanGreekHaitian(Creole)HungarianIcelandicIndonesianIrishItalianJapaneseKazakhKoreanKyrgyzLatinLatvianLithuanianMacedonianMalagasyMalayMalteseMongolianNorwegianPersianPolishPortugueseRomanianRussianSerbianSlovakianSlovenianSpanishSwahiliSwedishTagalogTajikTatarThaiTurkishUkrainianUzbekVietnameseWelshYiddish